This article looks into the hidden costs of driving. What if everything is not quite as it seems, what if there are hidden costs to driving that make this activity costlier than it is commonly perceived to be. 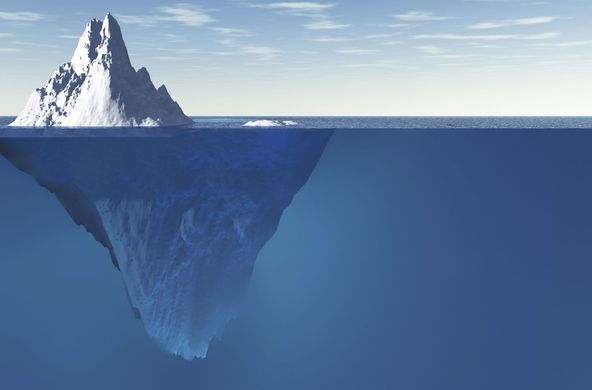 The correct academic term for these hidden costs is negative externalities. These are the unaccounted for or unpriced costs of an action. I however am no fan of the word externality, I much prefer the word hidden costs as it exactly represents what it means.

This article is based around the analysis of Amory Lovins in Reinventing Fire which itself was inspired by a paper by Delucchi and McCubbin, which you can find here.

There is an old saying that there is no such thing as a free lunch, let’s now turn to the hidden costs of driving. 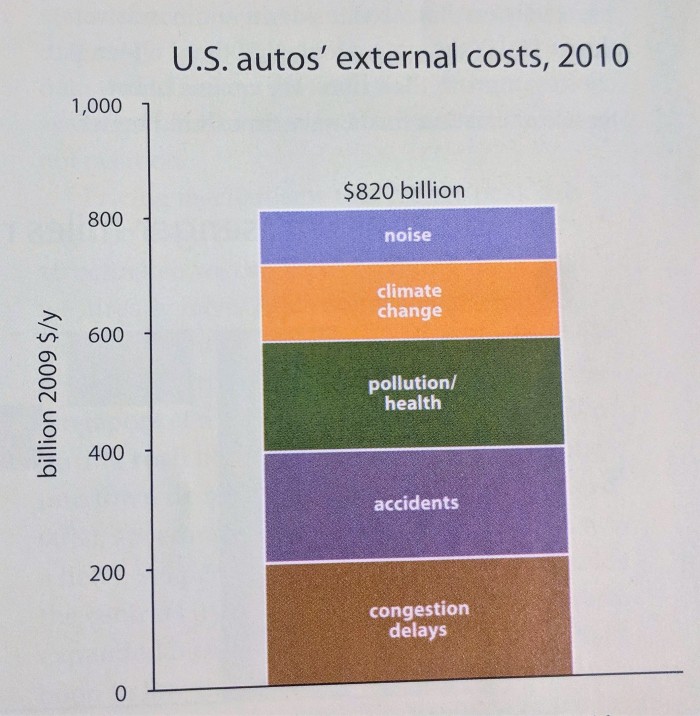 These include congestion delays. These waste everyone’s time and they make vehicle movements average speed extremely slow in urban areas. This is also an indicator that is on the increase. This is a major hidden cost of driving.

The next is accidents. This is an indicator that has been declining per vehicle mile travelled, but thanks to the increasing number of vehicles, the total number of accidents has been rising. Accidents, both to the driver, the passenger, other drivers, pedestrians and cyclists are a significant hidden cost of driving.

Pollution and health are hidden costs of driving. These are areas where thanks to technology, even though the number of vehicles bring driven has risen, emissions of all air pollutants from highways in the U.S. have declined dramatically since 1990. But there is a caveat that road transportation has high hidden costs because it is energy intensive and because the emissions and noise disruption take place in areas with high population densities.

Climate change is another significant hidden cost of driving. Until such a point where the majority of vehicles are powered by electricity, which is generated from renewable sources, driving will remain an activity with an outsize climate impact. There are also energy security risks which come from importing oil from far off lands. Thankfully an EV and renewable energy solution puts a country in total control of its own energy and vehicle power needs.

These hidden costs of oil powered driving in the U.S. have been calculated at $820 billion a year. You can find a summary of the estimates in the Delucchi and McCubbin paper below. 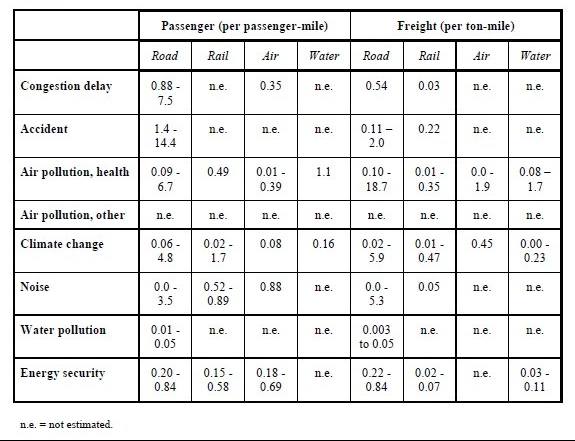 $820 billion is a staggeringly high figure and shows why a transition towards more sustainable forms of transport is needed so badly. This must include rapid public transportation options and roads that make walking and cycling feel safe and enjoyable.

What is not needed is continued expansion of dedicated vehicle parking spaces, and parking spaces being provided at below market rate. Changes in these areas would go a long way to reducing the hidden costs of driving.

This article looks into the hidden costs of driving. We looked into a combination of the analysis of Amory Lovins, and Delucchi and McCubbin.

We looked into how driving in the U.S. creates external costs of congestion, accidents, pollution, climate change and noise which total $820 billion a year. Whilst the U.S. is one of the most car centric nations, these figures may be lower in other countries, but external costs will still be present in some capacity.

There is also the significant external cost for oil importing nations, who must rely on far off lands for the fuel that powers their vehicular transport. A much smarter solution would be for car transport to reflect the hidden costs that it imposes on society and the environment. This would make walking, cycling and public transport more competitive. A smart policy would also heavily favour electric vehicles which have lower hidden costs and can be powered with renewable energy which is generated domestically.

Overall, far from being a benign form of transport, oil powered cars create a significant burden through the hidden costs of driving.